Etusivu » About Kajo » Formation on camp

"Formation on camp" doesn't have any sub pages.
Facebook
LinkedIn
Print
Back to home page
Kuuntele

Like most big scout camps, Finnjamborees are too divided into smaller units to make life on the camp easier and more organized. Kajo has 6 subcamps which are each divided into 4 villages which consists of around 6 camp units.

Camp unit is the smallest unit of Finnjamboree that you will sleep, eat and participate in the activities with. One camp unit has around 100 Scouts in it. Each camp unit has its own Camp Unit Leader, Program Leader, and Camp Assignment Leader that will take care of you and your group. One camp unit consists of one or more Finnish local scout groups and possibly an international group.

Subcamps consist of around 25 camp units and have a total of 2000–3000 Scouts in them. The subcamps have their own schedules, meaning that one subcamp for example goes to one valley in a day. The subcamps also eat in their own kitchens.

The Finnjamboree is divided into the following six subcamps:

Each one of the subcamps has its own color and a neckerchief: this is how you can recognize your own subcamp. 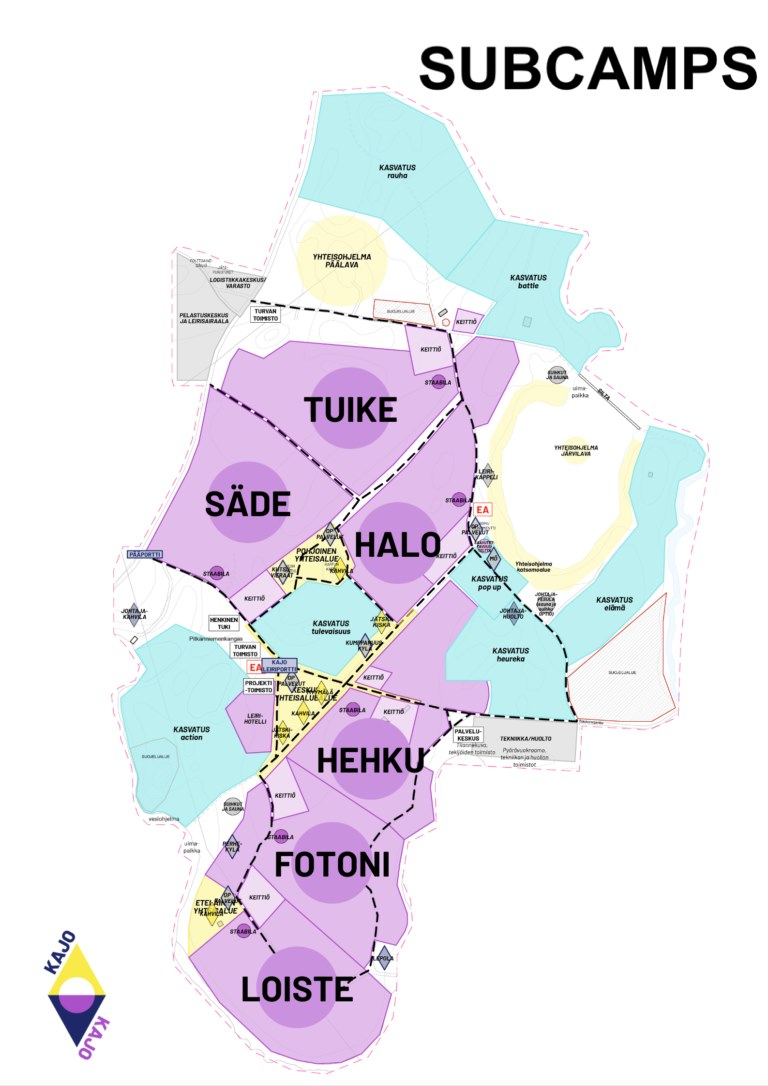 The subcamps on the map.

Back to home page